Proprietor has special reason to support cause

Susan Eyton of E Salon in Wayzata has begun a month-long fundraiser to benefit the Minnesota-North Dakota chapter of the Alzheimer’s Association, a national nonprofit organization that provides support for families suffering from the disease.

E Salon, 755 E. Lake St., will contribute a percentage of its earnings to the association. Anyone who receives hair, nail care or cosmetics services at the salon will be contributing to the Minnesota chapter of the Alzheimer’s Association.
Eyton said Alzheimer’s is one of the most expensive diseases, because sufferer require constant care. Her husband’s father died from the disease, so at their wedding five years ago they asked guests to make donations to the Alzheimer’s Association. It was the first of her fundraising efforts.

“Memories are the most precious thing we have,” Eyton said. The disease also scares her, because it is hereditary, she said. But for now she is excited about her fundraiser. saying “It’s nice: it makes you feel really good.”
Eyton will also take part in a Feb. 26 fundraiser called the Mind Mixer at the Minneapolis nightclUb Solera. For information about E Salon’s fundraiser call 952-473-1992. The Minnesota-North Dakota chapter of the Alzheimer’s Association can be reached at 952-830-0512, or visit www.alzmndak.org.

Get Your Free Gift

Sign up here to receive your free gift, SuzE's 6 Beautiful Make Up Techniques! 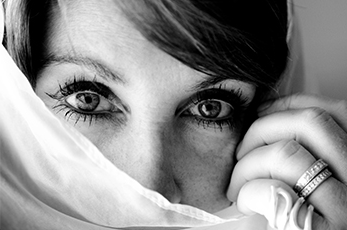 Sharing knowledge and expertise is very important to Susan, but equally important is being able to offer clients the best, and that's through staying current with techniques and trends within the beauty industry.